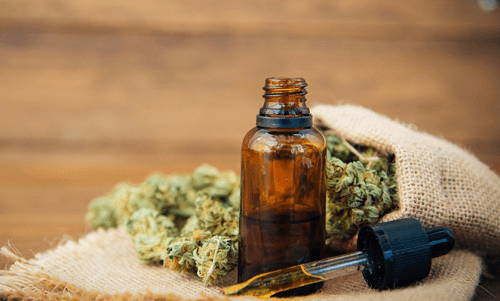 According to Centers for Disease Control and Prevention, approximately 1.2% of the United States population has epilepsy, contributing to the 3.4 million sufferers nationwide.  For decades, claims have been accumulating that the non-psychoactive part of the cannabis plant, Cannabidiol (CBD), is not only effective at reducing pain, but can even lessen the symptoms to some very serious diseases.  In this article, we take a look at CBD, and some of the research suggesting it may be an effective, organic alternative to popular pharmaceuticals to effectively reduce seizures in epileptic patients.

So, What Exactly is CBD?

Cannabidiol (CBD) is one of the major chemical compounds found in marijuana.  The more well-known compound is Tetrahydrocannabinol (THC) that creates the psychoactive effects. THC is what gets people high. On the other hand, CBD does not get people high.  By taking CBD, people are consuming the non-psychoactive chemical compound of the cannabis plant, which has proven to be healthy, and natural.

Two major studies were performed on individuals with Lennox-Gastaut Syndrome and Dravet Syndrome (specific forms of epilepsy).  Both studies utilized the highest standard of testing, including a double-blind, which means neither the patients nor the researchers caring for them, directly, knew whom was getting the experimental treatment and whom was getting the placebo.  In the Lennox-Gastaut Syndrome study, seizures among patients given CBD dropped more than 20% over those given the placebo.  In the Dravet Syndrome study, there was a 40% reduction among patents given the CBD, compared to just a 17% reduction of seizures in patients given the placebo.  The Dravet Study was published in the The New England Journal of Medicine, and According to Orrin Devinsky, director of the Comprehensive Epilepsy Center at New York University Langone Medical Center, “This study clearly establishes cannabidiol as an effective anti-seizure drug.”

With the advancement of CBD technology and an increased public interest, more studies likely follow, and provide more light to the subject.

Can CBD Become an Alternative to Pharmaceutical Anti-Seizure Medications?

Many people don't have any problems with their anti-seizure medications. But then, there are also countless others who suffer serious side effects, regardless of the dosage.  There are many different types of Seizure Medications available to epileptics:  some are specific to the type of epilepsy being treated, while others help patients who have been unresponsive to normal treatments.   With so many different prescriptions, it is beyond the scope of a small article like this to accurately chronicle all the side effects of the various drugs.   But there are some side effects that are pretty universal; these include a decline in white blood cells used to fight infections, a decline in platelets (used to stop bleeding), rashes, dizziness, blurred vision, and drowsiness. CBD has not yet proven itself to be a viable alternative to traditional anti-seizure medications, but there is more and more research suggesting it might be. This new evidence suggest what people have been claiming for decades, that CBD helps reduce seizures among epilepsy patients.  Additionally, CBD appears to be much safer than major pharmaceutical prescriptions, because it lacks the common, negative side effects those drugs produce.

As CBD becomes more mainstream, additional research will hopefully either prove or disprove its effectiveness against seizures in epilepsy patents.  Until then, we recommend giving it a shot.  As mentioned earlier, CBD does not have to psychoactive agents that are typically in cannabis, so you won't need to worry about getting high. And unlike THC, which is only legal in a few states, CBD is legal everywhere in the US.

Senior citizens may perhaps be the most misinformed about medical marijuana.

Is Sativa or Indica Marijuana Better for Seniors?

Learn about the two different strains of medical marijuana, Sativa and Indica, and

As an increasing number of states legalize marijuana in one form or another, it is

The Dangers of Calcium Deficiency in Senior Citizens

As we get older, calcium is one of the most vital nutrients for healthy bones and preventing...

Battling temporary inflammation is very difficult for many seniors. Did you know that CBD...