Find Senior & Boomer Events Near You

If you are unfamiliar with Birmingham, it is one of the choice cities for seniors to spend their retirement.  Birmingham has plenty of options for senior care providers and geriatric care, with the three biggest hospitals being University of

Alabama Hospital, St. Vincent’s, and Grandview.  Besides these large hospitals, Birmingham also is equipped with all the senior care providers one could ask for.  From retirement communities, to respite care providers, wheelchair and ramp specialists, and physical therapy, and much, much more.  To the left, on this page, is a directory of over 50 categories of services for seniors in the Birmingham metro area.  Also, for rates and services of specific provides, please call one of our FREE Care Advisors at 1-800-955-8510.

Besides having all of the necessary medical and care facilities easily accessible, Birmingham also has a rich cultural heritage, and is jam packed with sites and activities any senior would enjoy.  Aging adults will find plenty to do in the mild and temperate weather that blesses this city.  With lows in the winter usually not dipping below 35, and highs in the summer rarely exceeding 75, it stays a pleasant temperature for much of the year.  Some of the most historic parts of town include Railroad Park, Kelly Ingram Park, and the Alabama State Fairgrounds.  If you are looking to stay active, Birmingham offers the Ruffner Mountain Nature Preserve, Red Mountain Park, and the George Ward Park which are all easily accessible from the Birmingham Metro.  Birmingham is known for its love of jazz and sports, and you can spend days wandering around the Alabama Jazz Hall of Fame and Alabama Sports Hall of Fame.  Even the food in Birmingham is well renowned, and seafood, southern country, and Italian are some of their specialties.

Perhaps the most important perk Birmingham has to offer senior citizens is its cost of living.  Many seniors are on fixed incomes and it is important to spend your retired years in a place where your money goes far.  Birmingham is actually cheaper to live in than many other places in Alabama, averaging out to 5% lower than the average in Alabama.  It is also 15% less expensive than the average across the United States.

As you can see, Birmingham has a lot to offer for seniors.  It has all the senior care providers and hospitals neatly bundled together, while still offering lots of attractions, hiking, and culinary cuisine, while maintaining a lower cost of living than many places in the States.  It is no wonder its population is growing rapidly, and many a retiree could find a new home in the “Magic City” of Birmingham, Alabama. 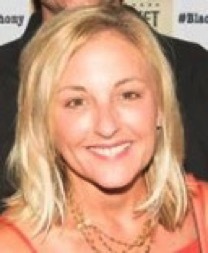 I grew up in Hueytown, Alabama.  I have an identical twin sister who teaches first grade. My father currently helps me with the guide distribution.  I graduated from the University of Alabama.  After graduation, I worked as a licensed Nursing Home Administrator for 12 years.  I started working with Senior Directory in 2003.  I have served on the board for Alzheimer's of Central Alabama for many years and served as their president.  I have also served the Medical Social Service Organization board and the Board of Red Mountain Theatre Company. In 2008, I won the Alabama Gerontological Public Print Media Award.  In 2009, I was awarded the Jefferson County Office of Senior Citizens Media Award.  I live in Birmingham with my husband. One of my daughters in law school at Georgia and the other is studying nursing at Auburn.  I have always loved seniors since watching my grandparents get older, and I love my job.

If I can help you in anyway, do not hesitate to call me.

For anyone who is a senior citizen and might have mobility issues and/or restrictions,...

May we all live a long and healthy life.  And yet, death and incapacitation are...

Back pain is a leading factor in seniors choosing to live a sedentary life.  Doing...

As Alabamans experience seasonal changes, we also must be prepared for the allergies that...

Suffering from mobility restrictions shouldn't stop you or a loved one from enjoying...