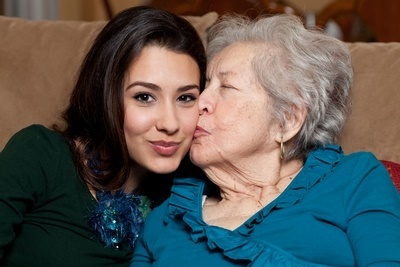 As part of my job as Head of Patient Services at Monarch Wellness in Scottsdale, Arizona, I am often asked about cannabis in regards to Alzheimer’s. I decided to do some research and in doing so I found a few different studies that I found quite interesting on the subject.

The first study was done at the Scripps Research institute in 2006. This particular study stated that THC (tetrahydrocannabinol), an active ingredient in cannabis, inhibits the formation of amyloid plaque - the primary pathological marker for Alzheimer’s disease.

Scripps Institute of Research titled the study “A Molecular Link Between the Active Component of Marijuana and Alzheimer’s Disease Pathology.” Kim Janda, Ph.D. who is the Ely R. Callaway, Jr. Professor of Chemistry at Scripps Research stated, “When we investigated the power of THC to inhibit the aggregation of beta-amyloid we found that THC was a very effective inhibitor of acetyl-cholinesterase. We also found that THC was considerably more effective than two of the approved drugs for Alzheimer’s disease treatment, donepezil and tacrine. Our results are conclusive enough to warrant further investigation.”

Another study done by Professor Gary Wenk, at Ohio State University, shows that a low dosage of cannabis in the morning reversed memory loss in the brains of the older rats’ that he was studying. Alzheimer’s is a disease unique to humans and the memory loss in the rats was a natural decline, but rat brains are similar enough to human brains to serve as partial models. In Wenk’s study an experimental group of old rats received a dosage, and a control group of rats did not. The old rats that received the cannabis performed better on memory tests, and the cannabis slowed and prevented brain cell death.

Research on marijuana as a treatment for Alzheimer’s disease began because of the drug’s success in slowing the progression of Multiple Sclerosis and reducing patients’ pain, Wenk said. Alzheimer’s affects a similar part of the brain that MS does. The American Association for the Advancement of Science has recently elected Wenk as a fellow for his contributions to Alzheimer’s research.

A good book on this topic is Marijuana: Gateway to Health by Clint Werner (it is available on Amazon).

Ways to Help your Memory as you Age

When is it time for memory care?

Is it time to move Mom or Dad into a memory care community?