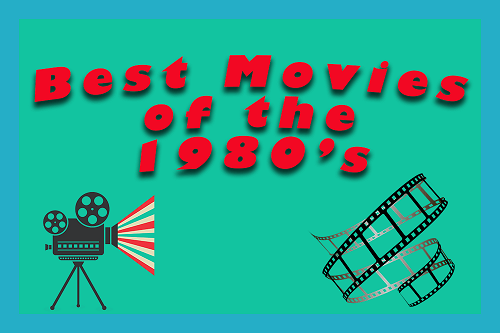 The 1980s, all that was missing at the end of that decade was a Godzilla film with the big guy having a large red Mohawk, pierced lips, combat boots, an electric guitar with the amp turned up to 11, and a leather jacket.  Punk rock background music, of course.  Fortunately there was no disco version of Godzilla, but a punk rock version would have been o.k. by me.  The 1980s gave us Daffy Duck’s full-length, and long overdue, feature film.  It gave us great monster movies and memorable films of human strength, creativity and perseverance.  If you could be one character in one movie listed below, for one day, which would you be and why, Dear Reader?  And how would you rate the movies, from #1 - #13?  Please let us know. Have we left any off the list you think should have made it?

In the first two “It’s Alive” movies, we were left with an island inhabited by a number of mutant babies.  The first mutant cutie ended up doing dastardly deeds to the people who tried to save it when Mama went into labor in a New York City cab.  Five years later, this movie picks up the story.  The father of the mutant babies was genetically effected by the side effects of medication he was taking.  The pharmaceutical company wants to travel to the island of mutant babies so that research can be done.  What could possibly go wrong?  “Honey, I’ll be a little late for dinner tonight.  I have to go to an island to study mutant babies who seem to enjoy killing people.  Leave me a slice of pie, please.  Love ya!”  If you like movies that are a bit gory, stress-inducing and which provide far-fetched thrills of a mutant killer-babies variety, this one is for you.

Oscar Winner for Best Picture – Starring Robin Williams as Professor Keating, in Williams’ best role out of the comedy genre.  Professor Keating is the new English teacher in a very old, very stodgy boarding school for boys.  Two students, one very shy and the other totally dominated by his father, come to life under the professor’s tutelage.  As Professor Keating encourages his students to explore the rich world of poetry, forming a Dead Poets Society, his charges experience and learn the richness of self-expression which goes against the grain of old-world boarding school tradition.  Carpe Diem – seize the day – is the rallying cry of this film.

Best Music, Effects and Sound winner at the Oscars.  Directed by Steven Spielberg and starring a cute little guy from outer space.  A friendly little alien finds himself stranded on Earth.  He gets found and befriended by a youngster named Elliot, who brings the alien back to Elliot’s home.  Elliot and his siblings decide to keep E.T.’s presence a secret, but the little alien gets sick and the government shows up.  That is when things take a bad turn for all.  This movie will lift your spirits, and challenge your voice as you try to sing the movie’s 5-note extra-terrestrial melody in tune.  E.T. will leave you feeling hopeful in the most challenging of days.

Mel Blanc’s voice, rich as ever, provides the dialogue of almost all the characters in this film.  Speedy Gonzales and Daffy Duck have found a treasure map.  The map shows them the way to a wishing well.  For just a penny each, a host of Looney Tunes characters can show up and have their wishes granted.  Lots of old cartoon footage is used in this movie, and it is a feel-good film for all.  Even fans of the Tasmanian Devil and Yosemite Sam get into the script, just to add a bit of comedic tension as they seek the nogoodniks who stole their map.

What does New York City get when radioactive waste makes its way into the sewer system over a long stretch of time?  Well, that depends on whether castoffs of humanity have been living in those sewers, absorbing the effects of that radioactive dumping.  In this case, those unfortunate folks have indeed been living underground and the waste explains their glowing eyes and increased antisocial behavior.  When strange murders begin occurring on the streets of Gotham City, the cops’ investigation leads them to encounters with the Cannibalistic Huminoid Underground Dwellers (C.H.U.D.) whose glowing orb-like eyes serve them well in the underworld.  This low-budget and underappreciated mid-1980s horror movie deserves your viewing.

Oscar Winner for Best Picture – Starring Anthony Hopkins, John Hurt as John Merrick, and Anne Bancroft.  In Victorian England, a renowned surgeon works to rescue a severely deformed man – John Merrick – from a miserable and abusive life as a side-show freak.  John Merrick has been abandoned and abused for his entire life, due to large tumorous growths all over his body.  He must sleep sitting up, lest he suffocate from the weight of those tumors.  Rescued from the side-show, his doctor – Anthony Hopkins – discovers that John is well-spoken and highly educated.  John’s reflective, friendly and sensitive soul comes forth once he is lifted from the side show.  This movie will stir even the most calloused heart.

Starring our old friend Godzilla and a more-than-mildly genetically mutated rose bush.  At the end of Godzilla 1985, our big friend was secured away in a volcanic prison.  While combing through the destruction that the rough and tumble fella left behind in Tokyo, scientists find chunks of Godzilla’s skin.  Some knucklehead of a scientist combines cells from that skin with a rose bush.  What could possibly go wrong?  How about a giant ill-tempered part-rose, part-monster creature with a thorny disposition.  The fight scenes between Godzilla and Biollante are rather graphic and violent, but such is the way with giant battling guys.  This is a very high-quality, though a bit overly-graphic, Godzilla movie.  If nothing else, gardeners will view their rose bushes differently this summer, and treat them with a wee bit more care.

Oscar winner of Best Sound, Editing, Special Effects and Art Direction – Starring Harrison Ford, Karen Allen, Paul Freeman, a bunch of evil Nazi soldiers, jungle warriors and action-packed special effects.  In 1936, our American government hires an archeologist/adventurer – Harrison Ford – to find and secure the Ark of The Covenant.  The Nazis must not be allowed to find it first and secure the enormous powers which are believed to be contained in the ark.  You want action, adventure, suspense, love, and the battle of Good vs. Evil?  This is the movie for you.

Starring Grant Kramer as Mike Tobacco, Suzanne Snyder as Debbie Stone, and a rather full cast of blood-thirsty sharp-toothed clowns from another world, all of whom have hearts filled with ill-intent.  Barnum & Bailey would never had hired one of these guys.  A small town in America is losing its townspeople in gruesome ways, to gory-looking clowns.  Wrapping people in cotton candy and sucking their blood out through straws.  Using acid-laced (not 1960s acid) ice cream cones and popcorn-disguised guns.  Nobody believes these reports, except for a small band of youngsters.  They make use of an ice cream truck to prove to the world who the killers are, and to rescue some friends of theirs who are trapped in the big top.  Though the clowns are in gruesome costume and the gore level is high, there is also a lot of goofy silliness in this must-see film.  The movie crosses several genres, from comedy to horror to sci-fi.  I recommend it to Ladies and Gentlemen and Children of all ages.  Except perhaps Leo.  He is a bit young for this one

Winner of 8 Oscars, including Best Picture, Best Actor, Best Director and 5 others.  Starring Tom Hulce as Wolfgang Amadeus Mozart and F. Murray Abraham as Antonio Salieri.  Anyone interested in phenomenal classical music, drama, humor and history will love this movie.  Antonio Salieri was an accomplished composer by his own right.  He was, however, a contemporary of Mozart, and Salierei’s jealousy knew no bounds.  He simply could not stand that such great music came from someone he viewed as a competitor, and which came with such ease, sublime quality, and enormous quantity.  Salierei had counted himself as a devoutly religious man and could not come to peace that a brash, hedonistic and somewhat vulgar man like Mozart would be gifted by God with such talent.  This movie will touch your heart deeply.

Best Picture, Actor, Director, Screenplay.  Dustin Hoffman as Raymond Babbitt, and Tom Cruise as Charlie Babbitt.  An absolute must-see movie, or must-see-again with family and friends movie.  Ray Babbitt is an autistic mathematical savant who happened to be the sole recipient of his father’s rather large estate.  Ray lives in his own world and, unable to live on his own, he resides at a place called the Walbrook Institute.  Charlie Babbitt became estranged from his father at a young age, when he took his father’s prized car without asking permission.  Charlie did not know that he had a brother until after his father’s death, when he looked into the matter of a will.  Charlie ends up taking Ray from the Institute and they land in Vegas, where Ray’s talent with numbers serves Charlie well on the gambling floor.  The emotional family tie, which Charlie ends up hoping for, is not available through his brother’s world of autism.  This is a highly emotional movie, and one not to miss.

Voices of Mickey Rooney (Tod), Kurt Russell (Copper), Pearl Bailey (Big Mama) and Sandy Duncan (Vixey).  Memorable voices of some actors and actresses who made that era of Hollywood such an innocent delight.   An orphaned baby fox named Tod is led to adoption by Widdow Tweed.  Ms. Tweed’s neighbor next door is a hunter who has a baby bloodhound named Copper.  The two young animals become fast friends in their youth, not knowing that as they get older, one must hunt the other.  This Disney classic is uplifting and thought-provoking, while maintaining the feel-good Disney aura.

Starring Nastassja Kinski (sigh…..) as Irene, and Malcom McDowell as Paul, two of my favorite film stars in one of the oddest movies from the 1980s.  And yet, considering the two leading stars, oddity is not a surprise.  Somewhere in the bowels of time gone by, a group of humans sacrificed women to leopards, who then mated with them, begetting Cat People.  Those Cat People must mate with their own kind.  Irene and Paul are orphans who meet up as adults in New Orleans.  Irene does not know that she is a descendant of the Cat People, and she rejects her brother’s incestuous advances.  This movie is bizarre, sex-filled, violent, silly at times, and provocative in both feelings and thought.  Picture Ms. Kinski (sigh….) turning into a sleek black leopard.  A classic of its genre.

Quite a range of movies for you to choose from, Dear Reader, from the sublime to the asinine.  And after all, watching a movie can be a healthy escape from the pressures of daily existence.  Movies can give us something to be grateful for.  Either we do not have a physical or cognitive malady to deal with, or we have not been whacked by radioactive fire-breathing mutant monsters or babies.  Along the way, we can also appreciate the acting, musical and writing talents of other non-radioactive fire-breathing mutant monsters or babies.  That always makes for a nice evening, doesn’t it?

Aaron Ainbinder is the author of “Just Before the Stroke of Seven”. 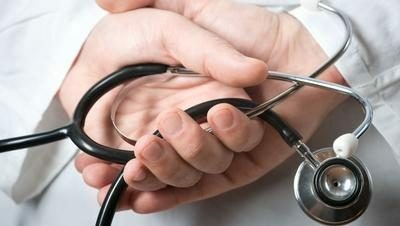