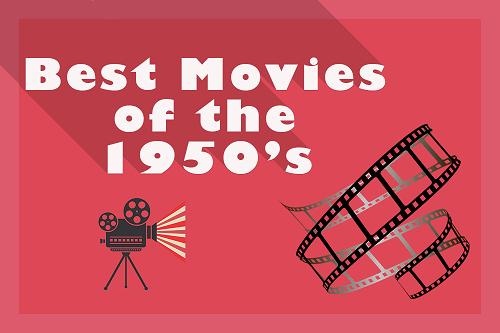 The language was clean.  Film themes were wholesome, give or take some giant Gila monsters eating young kids in hot rods.  Animation was not as graphic as in the year 2020, leaving room in our minds for imagination.  Musicals left an audience smiling and feeling good, knowing that all was fundamentally well in the world.  Such was the environment of films in the 1950s.  We all might benefit from leaving the overly-graphic, too-often-vulgar films of today, at least for a while, and give our collective brains a break from over-stimulation.  What are some of your favorites, Dear Reader?  I have listed, in order, my top 13 picks from the 1950s.

Starring Elvis Presley as Vince Everett, who finds himself in a state penitentiary after accidentally killing a man in a barroom brawl.  His cellmate is an old country singer who, after hearing him sing, helps Vince learn guitar and get into a prison talent show.  From there, Vince is discovered by the music industry, and grows in fame and fortune.  As is too often the case, fame and fortune changes a person, and not always for the better.  Vince Everett’s journey to ego, fame, love and money is oddly mirrored in Elvis’ reality, but in the end, they all live happily ever after, even with a prison record.

Starring Marlon Brando and Jean Simmons, a bunch of gamblers, bums and assorted folks in need of either a crap game or salvation.  The story line is based on the odd intersection of a woman who works in a mission, saving lives, and a gambler who works the crap games.  The gambler needs a stake of $1,000 to get into the game, and he makes a bet involving the cute gal in the mission.  This is a must see for the whole family.  The movie touches on realities of life in a wholesome way.  “Luck Be a Lady Tonight” is probably the best remembered song in the film.

Starring Richard Denning, Julie Adams, Richard Carlson and an odd-looking fellow that lives in the water.  The movie was filmed in 3D, and if you can find those old glasses in a drawer somewhere, it would be worth the search for them.  This movie is definitely a classic, and if you have children or grandchildren, you really must expose them to this piece of cinematic excellence.

Starring Mara Corday, Leo Carroll, John Agar and a really, really big spider.  A man is found dead in the desert, and it turns out that he was a research scientist who appeared to die from a condition which usually takes years to develop.  The scientist had been experimenting with growing huge bunnies and rats and, apparently, one large spider which had a nasty disposition.  This black-and-white film is sure to please all but those who have arachnophobia…

Oscar Winner for Best Picture -- We all have our past, sometimes a past that we want to leave behind.  Shane, played by Alan Ladd, is no different.  He is reflexively quick on the draw with his pearl-handled revolver.  Set in the 1880s, a young boy named Joey, played by Brandon de Wilde, spots Shane riding his horse towards Joey’s family cabin.  Shane is looking to move on to a quiet life, somewhere far away from the gun-slinging days of his past.  But he finds himself embroiled with a dispute between Joey’s homesteading family and the cattle barons of the day.  Joey’s father initially, and mistakenly, believes that Shane is with the cattle barons, seeking to drive off the homesteaders by any and all means.  This is a movie beyond the word “classic” and if your heart needs warming, and your hopeful nature needs nourishing, this film is for you.

Starring a gal who wishes that the WNBA existed in 1958!  She was a wealthy young lady who had an unfortunate encounter with an enormous alien in his space ship.  The gal grew out of her regular dress and shoe size, and right into a complicated relationship with her husband, who was already not being true to her.  If you’ve not seen this one, you owe yourself this science fiction reminder of why marital fidelity, and avoiding alien space ships, are always wise choices to make.

Oscar winner for Best Picture in its category.  Directed by Cecil B. Demill, and featuring an all-star cast with Charlton Heston, Betty Hutton, Cornel Wilde, Emmett Kelly, Dorothy Lamour (sigh……), elephants, horses, clowns and all other characters one expects in a top-notch circus film.  Brad Baden, played by Charlton Heston, manages the circus and his work is his #1 love, much to the consternation of Holly, his star trapeze artist, who is in love with him.  Baden hires The Great Sebastian, star of the high trapeze and with an overly-active eye for the ladies, Holly included.  Holly and the newcomer compete with each other on the trapeze, adding tension to an already dangerous occupation.  Buttons The Clown has an uncomfortable past, which his makeup has kept hidden.  This movie has love, action, drama, more circus action, clowns, criminals, jugglers and elephant trainers.  Bring your own popcorn!

Doris Day as Calamity Jane, and Howard Keel as Wild Bill Hickock.  The story revolves around the rivalry and friendship between those two, with Calamity Jane being as handy with a song as she is with a firearm.  Calamity Jane travels to Chicago, seeking to return with an actress to entertain the men of Deadwood, in the Dakota Territory.  The actress turns her eye towards a man in the cavalry, whom Jane also has her heart set on.  And the songs, intrigue and script take it from there.  Doris Day is, in my book, the epitome of good-hearted and wholesome days gone by, particularly on the silver screen.  Her voice is enchanting to this day, and this film will leave you with a smile on your face and hopeful feelings in your heart.

In my book, any show or film with Danny Kaye in it is worth watching.  In this film he plays a humble and mild-mannered member of a somewhat outlaw gang during the feudal days of England.  A scallywag of a fellow has taken over the kingship of England, while the rightful king, still a baby in diapers, is tended to by Hubert Hawkins, played by Danny Kaye.  Hubert eventually becomes the king’s court jester, hoping to steal back the means to restore the rightful king.  This movie has song and jesting, love and intrigue.  A wonderful time for gathering family to enjoy an evening together with a movie.

Starring Rossano Brazzi, Mitzi Gaynor, John Kerr and a host of other singers and dancers, beaches and palm trees.  Set in the 1940’s WWII South Pacific, with nurses and soldiers and a mature planter from France falling in love with a simple gal from Little Rock, Arkansas.  The musical numbers from this film are many, including “I’m Gonna Wash That Man Right Outta My Hair”, “Some Enchanted Evening” “There Ain’t Nothin’ Like a Dame” “Bali Ha’i.”  Those songs will stick in your head after the film is over.  South Pacific is one of the most often-staged musicals of the 1950s, and worth revisiting in the comfort of your living room.

One of the best WWII movies, starring William Holden, Jack Hawkins and Alec Guiness.  Oscar Winner of 7 Awards!  Best picture, actor, director, music and others.  British prisoners of war are forced to build a bridge for their Japanese captors.  Unbeknownst to them is that the allied forces are planning to blow up the bridge.  Meanwhile, British pride of accomplishment overtakes some of their leaders, and they forget who the enemy was at the time.  The acting is superb, as is the script, the scenery, the drama and the theme song.  There are many excellent movies depicting WWII, and while it is impossible to state one as being the best, this one is truly one of the best.

Starring Don Sullivan and Lisa Simone and, of course, somebody’s pet Gila monster which broke free from its leash.  Some say that the Gila monster was really 30 feet long…..some say that clever camera work was used.  Hard to say, really, but I prefer to think that the former is the truth of the matter.  This movie has it all – hot rod cars, healthy young men and their cute gals, the monster lizard, and a truly exciting ending.  One of the best very low-budget B movies ever made.

Oscar Winner for Best Picture, Special Effects, and Cinematography -- Starring Charlton Heston, Yul Brynner, Vincent Price, Edward G. Robinson, half of the rest of Hollywood stars of the 1950s and about 10,000 extras.  How many frogs and locusts?  Uncountable numbers of them.  Although this movie is shown on network television each year around the Passover/Easter season, seeing it without commercial interruptions is a donkey of a different color.  The classic acting methods of the stars who played Moses, Pharoah, Rameses, Dathan, Miriam, Nephertiti, are lost with the ages.  Not much description of the movie plot is needed here, as it would be difficult to find someone who did not know the story.  Consider, if you will, the production challenges which Cecil B. Demille had to navigate in 1956, long before our modern computer graphics were invented.  To this day I wonder how Mr. Demille filmed the splitting of the Red Sea.  I prefer to leave that as an unknown in my imagination, simply a marvel to behold.  You will need a lot of popcorn to watch this one, as it runs 3 hours and 40 minutes.

In future articles, I will share the titles and some thoughts on those films which have remained fond in my memory over the years.  My preference is to use Imdb.com.  On that site you can get more detailed information about each film.  The intent in this and other upcoming “Top Films” articles is simply to bring to your mind some good wholesome and entertaining movies to enjoy, particularly as we all have so much more time at home, and can only read books for so many hours a day.

Now sit back, grab a movie and pass the popcorn to Uncle Morris and Aunt Shirley!

Aaron Ainbinder is the author of “Just Before the Stroke of Seven” which is available on Amazon. 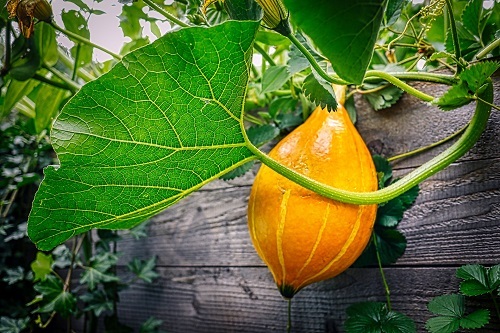 Sit While Gardening – Great for Individuals with Mobility Restrictions! 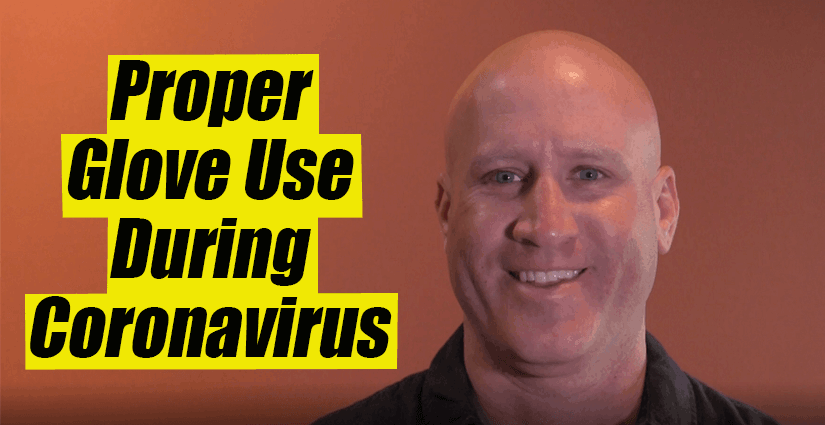