Solo, full-time caregiving, in its pure linguistic meaning, paints a stark picture.  The caregiver is doing the job, the solo decision-making, by themselves - 24 hours a day, every day.  Such was the case in the care which I provided to my Mother for 5+ years.  This duty was not just 8 hours a day, 5 days a week, and then going home to take care of affairs of one’s own life.  Caregiving was what I was engaged in, and perhaps some of you readers also, all of the time.  It was on my mind all of the time.  And even with my Mother gone now for about a year and a half, it still occupies a lot of my thinking, much of the time.  I write this, and mention it often, just to paint a clear picture of the situation as it was.  It was a unique situation in the world of caregiving – one person doing it all for another person. 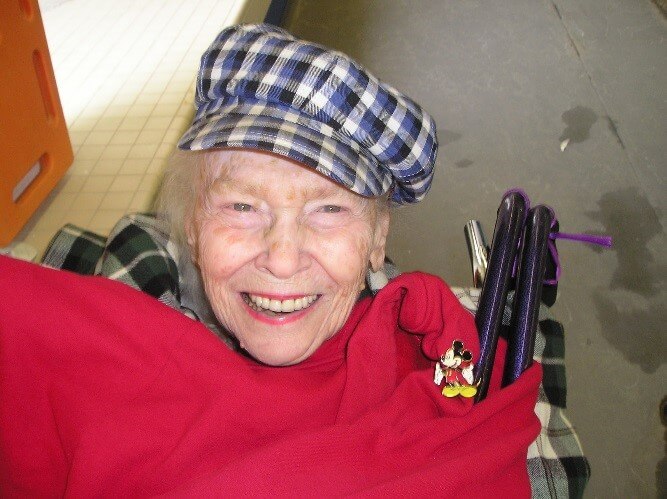 I was not, and am not, a tzaddik (Jewish saint, sort of) and I do not seek pity.  Quite the opposite, really (too often in the former, and only occasionally in the latter) as most of the time I enjoyed the blessings (Advantages) and the challenges (Disadvantages) of being a solo full-time caregiver.  It is in my nature to consciously avoid attaching labels of “Good” or “Bad” to situations in my life.  Attaching such labels creates a story which can prove exceedingly difficult to escape from.

What are the Advantages of Solo, Full-Time Caregiving?

I consider the advantages of caregiving to be blessings.  I was presented with – blessed with – a situation which initially appeared to be something I did not know how to deal with.  When my Mother had her first stroke, I chose to put my own life, as it was, aside for an unknown length of time, in order to provide for her care.  It was odd to do.  It was not easy to do.  It turned out to be a blessing rich with rewards.

One of the biggest advantages laid out before me was the opportunity to slow everything down.  And I mean everything.  Speech, moving around, preparing meals together, eating, driving, walking, shopping, listening, time in the swim pool together.  Mom enjoyed straddling a long styrofoam noodle in the pool, and slowly making her way back and forth from the shallower to the deeper water.  One day while Mom and I were in the swim pool, she said to me, “Honey, I’m sorry but I just cannot hurry.”  I pointed to the shallow end of the pool and replied to her, “Mom, look down there.  Is anyone offering you a cookie if you go faster?”  We both had a good laugh.  If slowing things down is not an advantage of solo caregiving for an injured parent, what is?

I witnessed and experienced some of the most tender and meaningful moments which I can imagine possible.  My Mother’s laughter at simple and somewhat silly things – like when she was using a fork to eat her soup, and I quietly handed the spoon to her.  Mom said something to the effect of, “Well, that certainly would work better.”  I was blessed to hear and see her delight when she pulled some beets out of a raised garden bed in our back yard.  Gardening and being outdoors always delighted her.

Becoming More Present in the Moment

Listening more, and talking less – much less – than is currently practiced in society at large, has allowed me to be more present with people than ever before.  Too often, while another person is talking with or to us, we tend to be busy thinking about what we want to say when there is a second’s pause in the other person’s words.  That does not work in the world Mom and I lived in.  Constant chatter greatly affected Mom’s ability to be comfortable with someone.  Quiet, with little conversation was the rule of the day with us.  My mind was not constantly focused on the next social media thumbs up, or text, or email or news update.

We did not talk much, due to the Wernicke’s aphasia and dementia she had, and the quiet allowed a much deeper level of communication.  What to a lot of people would have been intolerable to be around – the language and cognitive deficits – I found to be an advantage in my own personal growth.  Growth in my sensitivity to others; compassion; acceptance of circumstances; gratitude for all the opportunity to be of service to my Mother; the advantages, the blessings really, of those opportunities was incalculable.

The spiritual advantages to solo caregiving are innumerable, and I believe I have offered a fair sampling of my own experiences of them.  I often wonder what other solo caregivers have experienced, whether they are doing this, or have done this, 24/7 as was my case.  I’ve met a few people who have done, though not totally by themselves, very long hours of caregiving for an extended period of time, and most of them have expressed similar sentiments about the rewards of this duty.  I have not met anyone else who has done 24/7 care, but I know that you are out there somewhere, and I hope our paths cross and that we can sit and talk for a spell.

What are the Disadvantages of Solo, Full-Time Caregiving?

It would be unrealistic to expect that there were no challenges (Disadvantages) to doing this duty full-time by oneself.  And I would not be truthful if I said that those challenges did not exist and were not at times incredibly difficult to deal with.

The Difficult Responsibility of Being on Your Own

I was on my own in navigating all aspects of Mom’s care.  There was nobody to confer with.  I could discuss matters a bit with some of the few friends who stayed in touch with us, but all decisions were mine to work out.  It is a very heavy burden, that of complete responsibility for all affairs relating to another’s life.  The stress was at times enormous.  There were many times when I wished that someone else would take over the duty for a short while, so that I could get some rest, regroup, and clear my head.

Another disadvantage of having done this work alone is that although I have many pictures from the years of caregiving, there are scant few people with whom we shared time and experience here at home.  And we were home a lot.  I can describe events - sweet and pleasant events, and those which were otherwise - and I can describe the effects those events had on me and on Mom, but most of them were experienced alone.  There is no USB port in my head which would provide another person, be it close family or friend, the ability to truly understand what went on here.

Being on my own in figuring out each day’s activities with my Mother eventually began to wear on me.  The all-encompassing nature of the work was, as I stated before, on my mind at all times. And that included while I was trying to sleep at night.  There simply is no “off” switch in my mind which allowed me to compartmentalize the many hours of Mom’s care.  There was a speaker and small video monitor on my nightstand, so that I would know when Mom got up or needed me.  Even while dozing, my ear was attuned to that speaker.  I cannot recall any time that I slept for more than a couple of hours at a time, let alone for the much-needed restorative deep sleep we all require.  Without that deep sleep, our minds and bodies do not have time to heal and rejuvenate.  Over the course of 5+ years, this has taken a toll on me even to this day, when my caregiving duties are over.  My sleep habits remain in the same dilapidated state.

Finally, I must say that the biggest disadvantage of being so alone in providing caregiving for my Mother was the isolation which Mom experienced.  Charming as I no doubt am, I feel for what Mom had to go through being around me 24 hours a day for such a long period of time.  I feel for what she endured as I had to assist her in everything she did, and I mean everything.  Dementia is a cruel disease, and left to her own devices, Mom could take care of nothing.   Though I eventually hired someone to be at home with Mom for a couple hours, two or three times a week, Mom had to endure me being at her side at all times for those 5+ years.  That would wear on anyone, no matter how close the relationship is, or was.  I was my Mother’s son, not her peer.  Some of the most difficult memories I have are when, through the aphasia and dementia, Mom was clearly aware of her isolation from the world she used to be engaged in.  “Honey, I miss my friends.”  That was gut wrenching to hear my Mother express to me.  Only a person with a heart of stone would not be deeply affected by what that utterance meant.  Fortunately, as far as I could deduce, those moments of clarity for Mom were few and far between.

Because of that, it is my belief that most of the people I know and whom I am around now, cannot understand why I am still so deeply affected by my years of solo full-time caregiving.  I do not mean to portray myself as any more special than any of you, Dear Readers, as we all have our own challenging times we go through.  And yet, except for the few hours I had Mom at the pool or shopping, when we got to be around other people, being alone in such intense duty leaves an indelible mark and, as I am finding, a permanent change, on the sole caregiver.  I cannot, or will not, put it in a category of “Advantage” or “Disadvantage” but I am a changed man from the experience of solo full-time caregiving.  I would imagine that the same holds true for others.   More on that, perhaps, in a future article.

Aaron Ainbinder is the author of “Just Before the Stroke of Seven”, which is available on Amazon. 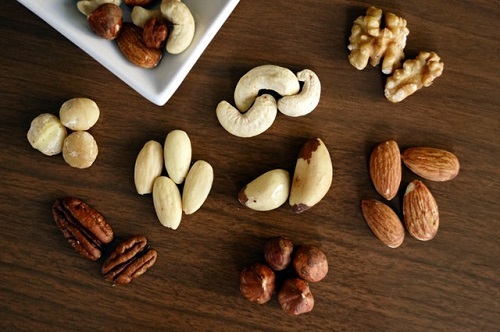 Improve Your Brain Health in Your Golden Years: Fall Foods and Activities 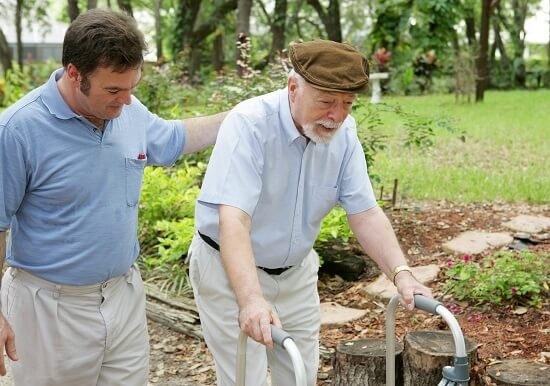