The topic of sexuality and dementia is a pervasive problem and growing challenge among nursing homes in America.  There are approximately 15.5K nursing homes across the nation, which house and accommodate nearly 1.3 million seniors. The challenge for nursing homes, and specifically, nursing home administrators, is to find a balance between respecting the resident’s individual rights to engage in sexual activity, while also keeping the resident safe.  But what happens when somebody has dementia and the nursing facility is not certain whether they have the capacity to consent to sexual activity?  With over two decades of experience in healthcare law, both representing for and against nursing homes at different times in his career, this is the question we have asked Alan C. Horowitz, Esq. to tackle.

Who is Henry Rayhons? And How is his Case Important to the Topic of Sexuality and Dementia?

Alan Horowitz: Henry Rayhons was a 7-term State Representative in Iowa who, in 2014, was on his second marriage with Donna Young – also on her second marriage.  Both in their 70s, Donna was admitted to a nursing home and diagnosed with dementia. At one point, when Henry went and visited his wife in the nursing home, the staff called him into the office and informed him that according to the Care Plan they created he could no longer be sexually intimate with his wife because she cannot articulate and indicate consent.  Henry took a copy up the Care Plan and left.

A few days later, Henry returned and visited his wife, who, at the time, was in her semi-private room.  The resident that she shared a room with, residing on the other side of the privacy curtain, reported that she heard noises and believed that Henry had sexual relations with his wife. The nursing home staff checked the security cameras and sure enough found that Henry deposited his Donna’s undergarments in a hamper as he left the room. They called the police, who then tested Donna’s sheets for semen, and sure enough it matched with Henry’s.  Henry was then charged with raping his wife.

At the time, Henry was in his 70’s and if convicted likely would have spent the rest of his life in jail.  Henry was ultimately found not guilty, however you can imagine how difficult even going through the trial was for him.

The Henry Rayhon’s case highlights how challenging it is for nursing homes when dealing with the topic of sexuality and dementia.  During the case, there were medical experts who testified for the prosecution that Donna could not consent to sexual activity.  On the contrary, there were also medical experts for the defense who testified that Donna could indeed consent, even though she might not have been able to verbally indicate her consent.  There were no signs of trauma, no behavioral changes, nor any other evidence that abuse had occurred.

How Can a Nursing Home Determine if a Dementia Resident has the Capacity to Consent?

Alan Horowitz:  When I do presentations for state and national organizations involved with long term care and to clients on the topic of sexuality and dementia, I always make it clear that it is absolutely essential for a nursing home to perform a thorough and appropriate assessment of an individual’s decision-making capacity. I am often asked if a social worker can perform that assessment.  The answer is yes, but it shouldn't stop there.  I always recommend also having a psychiatrist or a gerontological psychologist with expertise in the area of sexuality and dementia, determine if someone has the capacity to consent. A social worker’s input, like that of the rest of the interdisciplinary team is important but the underlying medical pathology is so complex that it requires the expert opinion of a psychiatrist and gerontological psychologist in addition to other team members, in my opinion.

There is a condition referred to as sundowner’s syndrome where somebody may be lucid during the day but as the day wears on, in the evening, they become less lucid and their decision-making process is clouded.  Likewise, decision-making capacity can wax and wane from day to day depending upon the underlying pathology, and a number of other factors.  For example, an increase in body temperature, a new medication, or a host of other conditions can temporarily influence a dementia patient’s ability to make sound decisions.

I recommend that the decision-making capacity be evaluated by a psychiatrist or geriatric psychologist with expertise in this area; and furthermore, there should be documented input from the interdisciplinary team, which would be the nurses, social worker, nurse aides, activities director, attending physician and anyone else at the facility who interfaces with or has relevant knowledge of the resident.  I also recommend that the clinical assessment is ongoing and dynamic, rather than a static process.  It should be a very fluid assessment, as the underlying condition of dementia is fluid and is apt to change from time to time, depending on numerous factors.

When it comes to topic of sexuality and dementia, the underlying issue always asks the question, does the resident have the ability to consent?  This is a challenge for nursing homes because there is fine line between respecting the resident’s right to be physically intimate with another person - which is protected by federal and state law - while also protecting his/her safety.  Decision-making capacity can be extremely difficult to determine among individuals with cognitive impairment and dementia.  Those who work closely with dementia patients know that in a matter of 24 hours, a patient’s ability to make decisions can change from full lucidity to almost none-at-all.  However, if there is one thing that cannot be emphasized enough, according to Alan C. Horowitz, Esq., it is that nursing home staff must take every necessary step in their assessment of a dementia patient’s ability to make appropriate decisions relating to sexual consent.

Article and Video by Alex Milzer with Senior Directory 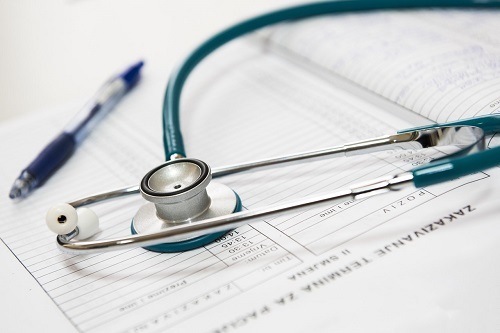 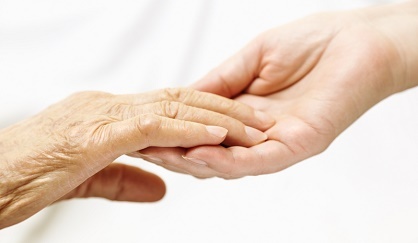 What Are the Benefits of Hiring a Professional Geriatric Care Manager?