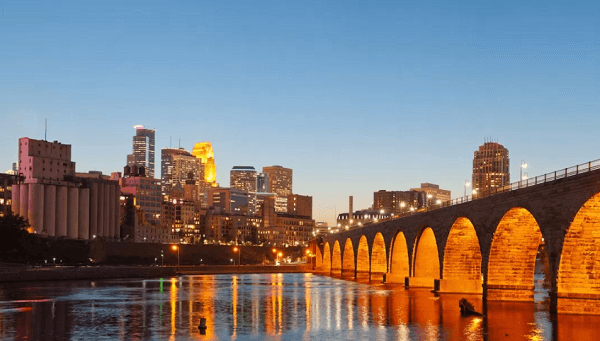 I think all of us get a little giddy in the summer.  Whether it is your first summer break from school, or you are celebrating your 80th summer, it is a beautiful time for people of all ages.  Summer is one of the best times to travel, especially if you are stuck in the heat.  We here at Senior Directory are dedicating this iteration to some of the best temperate, beautiful places in the United States.  Below you can find some ideas for senior citizens of all walks of life, whether you are looking for a city to get lost in exploration, or the simplicity of nature, or even just a beach to relax on.

The Twin Cities are usually not commonly one of the most popular vacation destinations.  Boston, Philly, L.A., San Francisco, and New York are usually higher on people’s bucket list.  This is a shame, because when you visit St. Paul and Minneapolis, you are getting an atmosphere, culture, and environment that is different than anywhere else in this great country.  Even though the Twin Cities are usually mentioned hand in hand, literally, they do each offer a unique perspective on the region.  Minneapolis is the youngling in this family, and is thus more modern, providing more spectacular sky scrapers, Scandinavian roots, and Lutheran beliefs.  The sibling, St. Paul, feels more like an East Coast city.  Older, with prominent Victorian architecture, quaint neighborhoods, and Irish, German, and French roots very much encompassed by Catholicism.  Both cities and their neighboring suburbs are home to nearly 4 million people, depending on how you draw the lines.  Below you can find some of the main attractions that draw tourism.

The main attraction you hear of when the Twin Cities are mentioned is the Mall of America.  Nearly 40 million visit this mall annually and it is home to over 500 different stores.  While it is a site to see, it can be difficult to navigate.  If this is on the list of to do things, we would suggest taking some time to research the correct and best way to tackle this behemoth.  The Nicollet Mall, though much smaller, is an adequate substitution for many seniors that do not want to deal with the dilemma of Mall of America.  We could not suggest it highly enough.  Besides for shopping, the Twin Cities offer some of the best art, theatres, and museums, not just in the region, but the whole United States.  Some of their best museums include the Walker Art Center and Minneapolis Sculpture Garden, the Mill City Museum, and the Weisman Art Museum.  They also have an impressive theatre scene, and the Guthrie Theatre, Fitzgerald Theatre, and Ordway Center for the Performing Arts are all top notch.  More active seniors may wish to encounter the Cosmo Park Zoo and Conservatory, especially with young’un’s.  For a scenic walk, picnic, or drive through town, we would suggest Minnehaha Falls Park or the Grand Rounds National Scenic Byway.  Finally, if you get a chance, spend an evening at Target Field, and take part in a ball game.

The majority of people fly into the Minneapolis- St. Paul International Airport.  Flights here are frequent and occur from most major airports.  The Twin Cities have a good public transportation transit system in place, with a centralized bus system and light rail.  We would suggest renting a car though.  Especially if you have plans in both cities.  The driving time between the cities is usually between 15 and 30 minutes, depending on the traffic.  Taking cabs between them could end up costing just as much as renting a car.  The traffic and roads are usually not too severe though.  If traffic was as bad as New York, we would have suggested taking a cab, but most seniors should be able to navigate these roads easy.  Public transportation is possible for certain places, but overall, we would suggest renting a car if possible.

First off, how could anyone not want to travel to the Northeast Kingdom.  It sounds like a name that belongs in Tolkien’s Middle Earth or some Arthurian tale.  It has probably established exactly the connotation Senator Aiken wanted when he coined the term back in 1949.  The Northeast Kingdom encompasses the, unsurprisingly, Northeast corner of New Hampshire.  Despite its low population numbers, some suggest as low as 60,000, this part of the country deserves more attention.

The Northeast Kingdom is our trip for seniors that desire some exercise in their vacation.  This trip is not for those desiring shopping, exotic dinners, and the night life.  What seniors can find here is some of the most tranquil, primordial forests left on this continent.  This particular region has multiple landmarks devoted to dogs, most likely because dogs were used to their full potential here.  Dog Mountain, which includes numerous hiking trails that extend over 150 miles, is for more than just our furry friends.  Don’t forget to check out Dog Chapel, or St. Johnsbury, if you’re a fellow dog lover.  If your traveling with dogs, this might be a must.  Besides these simple attractions, the area is scattered with breathtaking scenery; Lake Willoughby, Jay Peak Ski Resort, Lake Memphremagog, and Maidstone State Park.  The list could go on, and we would suggest finding a local to divulge the true deep secrets.

The area does have some cultural museums and historical sites.  We just would not suggest this to be the main attraction.  But, Fairbanks Museum and Planetarium, Old Stone House Museum, and St. Johnsbury History and Heritage Center could suffice for a couple of interesting afternoons.  Kingdom Brewing is also a good place to go see a tour and get a beer.

Most people visiting this particular part of the region fly into Burlington, Vermont.  It is also possible to fly into Boston or Albany, NY.  We would suggest figuring out what matters most to you.  Do you want a more expensive smaller flight and less driving?  That is Burlington.  There will be less major flights that go there as well.  Boston and Albany will be more attainable, but it will require more driving.  Look for deals on flights, and talk to car rental agents, and hopefully you can find the best route possible.  No matter what, we would suggest renting a car.  Public transportation barely exists in certain parts of the country, and this is one of them.

St. Augustine is the oldest continuous city in the United States.  It has existed for over 450 years, and can gloat over the fact they are the oldest establishment in the States.  Besides this feat, they also offer one of the most low-key vacation sites in Florida.  They are known as a family orientated town, and this suits most seniors perfectly.

St. Augustine is known the 42 miles of gorgeous beaches that surround the town.  It has luxury hotels, resorts, bed and breakfasts, and spas.  The restaurants are also renowned, and the city is known for its vibrant art and theatre culture.  We would suggest visiting the Lightner Museum and the St. Augustine Pirate and Treasure Museum.  If you have a history buff on deck, the Castillo de San Marcos and Fort Matanzas National Monument should be able to enlighten them.  Anastasia State Park and the Old City are great places to take a stroll.  The first is more scenic and the latter gives you a chance to taste some great food and shop.  As for beaches, we would suggest reviewing Guana Beaches, Vilano Beaches, St. Augustine Beaches and Butler Beach.

The two most common ways to reach St. Augustine are by flying to either Jacksonville International Airport or The Daytona Beach Airport.  Both of them have about equal drives into town, at around an hour.  The Daytona Beach Airport does service more flights though, so it may be easier to fly to.  The third option is to fly into the Northeast Florida Regional at St. Augustine.  This is the closest airport, only ten minutes from town, but will also be the most difficult to find a flight into.  The town is small enough, and they have the Sunshine Bus Company, which makes it very easy to navigate the town.  We rarely suggest using public transportation, but in this case, we do.  It may be best to still consulate whoever is housing you, just to reaffirm. 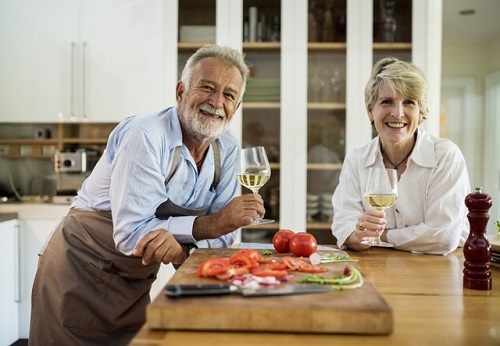 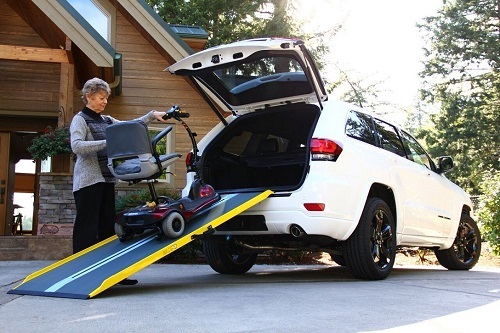