Why Opioid Addiction is a Growing Concern for Seniors 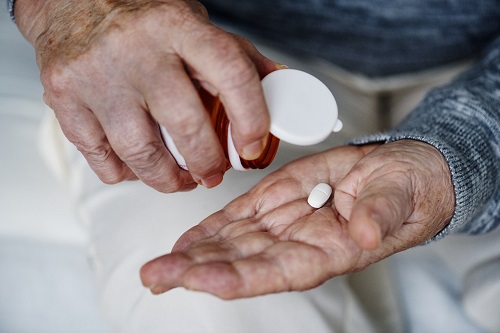 Everyone, no matter their age or gender, is at risk of developing an addiction to drugs or alcohol. However, some demographics are more likely to face addiction than others.  Senior Citizens are one such demographic. Not only do they often need pain-relief medication, but they’re also frequently overlooked in the discussion about the world’s drug epidemic.

A survey initiated by The Recovery Village showed that most people think of younger Americans when picturing someone who struggles with a substance use disorder. However, prescription-drug addiction is becoming more prevalent among seniors, a sign that more awareness about the dangers of opioid misuse is needed for this age demographic and their caretakers.

The Elderly’s Role in the Prescription Opioid Epidemic

The opioid epidemic is a highly publicized national crisis. However, according to the Substance Abuse and Mental Health Services Administration, the misuse of these drugs actually declined among younger Americans between 2002 and 2014.  For seniors, the opposite trend occurred. Opioid misuse nearly doubled in that time among Americans ages 50 or older.

The Chicago Tribune reports that arthritis, cancer and other illnesses that occur as people get older are often treated with pain-reducing medication. Opioids are specifically prescribed to treat for chronic pain, whether due to an illness or just general aches that occur with age. The drugs interact with certain receptors in the brain to release feel-good chemicals, which reduce or eliminate feelings of physical pain. Taking a drug consistently over time or in a large dose can lead to a reliance forming because the body correlates the drug’s presence to the pleasurable and pain-free feelings. However, not many people consider seniors when thinking of who is addicted to opioids.

Why Seniors Are Disregarded for Addiction

The Recovery Village surveyed 400 people regarding which age demographic they believed is the most affected by addiction. More than half of them pictured a young adult, between ages 20 and 35, as the face of substance use disorders. Seniors, classified as at least 65 years old, received the lowest number of votes.

How does the lack of awareness for seniors and their use of substances lead to a greater prevalence of addiction among this age group?

People might be less inclined to believe that their grandparent has a substance-abuse-disorder, even when signs are present. The Recovery Village’s survey results also revealed that most respondents struggled to recognize the symptoms of addiction in the elderly. According to the survey participants, symptoms are often disregarded because the signs of addiction often mirror what occurs when people grow old, which can include a natural decline in physical or mental health.

Knowing the specific signs of opioid addiction can help seniors and their caretakers recognize when a substance use disorder is present.

How to Identify If Someone Has an Opioid Addiction

Any person who regularly uses a prescription opioid, either per doctor’s orders or for recreational misuse, can become dependent on the substance. If someone you know takes a pain-relief medication, monitoring their lifestyle and any changes to their personality or habits is recommended. If you are the one taking the prescription drug, only do so as directed by your doctor. Increasing the dose or volume can be extremely dangerous, and even deadly.

Physical signs of opioid use include sweating, feeling lightheaded, having a flushed face, lack of coordination and other symptoms. However, someone who experiences or shows any of these effects could be managing their opioid use well and strictly following their doctor’s orders. Changes to a person’s personality or lifestyle are usually better identifiers of someone with an addiction.

Financial instability is a sign that someone might have an opioid addiction. Another sign is regularly complaining about pain in order to continually receive a doctor’s prescription for an opioid medication. Additional signs include:

If you are a senior who is taking an opioid medication, consider discussing alternative treatment options with your primary doctor. Opioids can be extremely addictive, even when used exactly as a doctor recommended. Additionally, if you are a caretaker of a senior who relies on an opioid, be aware of how prevalent misuse is among the senior population and know how to identify an addiction based on someone’s personality and lifestyle changes.

Top Five Superfoods for Seniors that can be Gamechangers

If are not sure which are the five best superfoods for you or your beloved senior,

Annually, more than 1.6 million seniors are treated in an emergency department for

Four Natural Pain Relief Products Every Senior Should Have On Hand

If you’re part of the group of seniors experiencing chronic pain, it’s