What is Osteocalcin? The Communication Between Brain and Bones 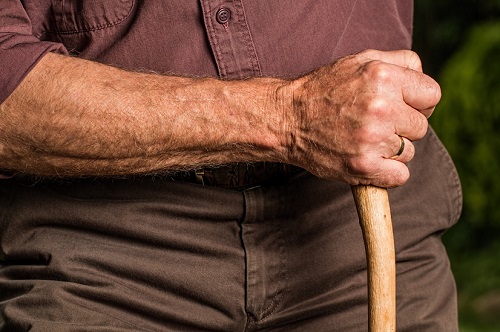 Recent and unexpected discoveries about a hormone produced in the bones called osteocalcin continue to amaze medical scientists.  One discovery about osteocalcin involves your brain, especially your memory.  Gerard Karsenty, M.D., Ph.D., of Columbia University, a leader in this field of research, says, “The notion that bone may send signals to the brain—as opposed to just receiving them—presents an intriguing new way of thinking about the function of the skeleton.”

The association between declining bone density and changes in cognition have long been noted, including an increased risk for the development of Alzheimer’s Disease.  However, insights into why that relationship exists have only recently come to light.

Osteocalcin has been found to cross the blood brain barrier, a feat accomplished by a limited number of substances due to your defense mechanisms, which attempt to keep the “bad guys” out. Osteocalcin however, wears a white hat and is allowed inside where it enters an area of the brain called the hippocampus.

Here it performs a number of beneficial activities including a reduction in neural apoptosis. Simply put: the death of brain cells slows down. It even makes neurogenesis (new brain cells) more likely to occur.  Since the hippocampus encodes and retrieves memory, it is not surprising that higher plasma osteocalcin levels correspond to higher levels of cognition. In addition, osteocalcin influences spatial memory which helps you maintain good balance.  Osteocalcin also plays a role in the production of neurotransmitters that control anxiety and depression.

There are ways to influence your body’s ability to produce osteocalcin and put these “good guys” to work on your behalf.

Osteocalcin in produced by osteoblasts during the bone remodeling process. Osteoblasts are the only cells in the human body that perform this function. Osteogenic loading stimulates osteoblastic activity and has been shown to trigger significant increase in bone mass density and force production due to increased muscle density as demonstrated in a 4 year case study.

Look here for more information on osteogenic loading and locations where you can experience a free osteogenic loading session and a free bone density screening. In the Knoxville area see Senior Directory Listing:  https://seniordirectory.com/listing/details/osteostrong-of-farragut You may also be interested in reading about the relationship between heart health and bone density. See the article here:  https://seniordirectory.com/articles/info/how-does-bone-density-correlate-to-heart-health

How does Bone Density Correlate to Heart Health?

Breast Cancer Among the Elderly

Even though breast cancer affects women of all ages, the disease is most common among

In this article, we take a look at Cannabidiol (CBD), and some of the research

Do you or someone you love have Parkinson's Disease?  Did you know that