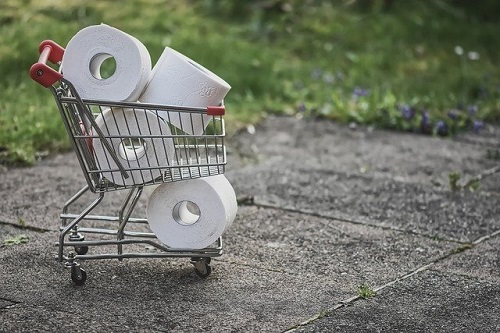 “I could never help my Mother with that stuff.  No way!”  I remember one adult male friend in particular, an adult male like myself, stating that to me when I was talking with him about the caregiving I was providing for my Mother.  That stuff?  Yep, Dear Reader, that stuff.  My Mom needed assistance in the bathroom.  Mom also needed help getting into, and out of, her swimsuit.  She could not take a shower by herself.  I will address those situations in other articles.

My Mother had a stroke in 2013. The stroke left her with Wernicke’s aphasia, and dementia presented itself shortly thereafter.  The aphasia resulted in Mom’s language comprehension essentially being nil.  When she talked, it was mostly word salad, meaning a string of lots of random words conveying little if any meaning.  Dementia is well-known, basically being an altered view, or perception, of reality.  As the person providing solo caregiving to her, it was my job to figure out how to assist her with bathroom needs.  Between the aphasia and the dementia, this was at times an interesting undertaking.  If you are squeamish about these topics, I urge you to read on anyway.  It might come in handy some day.

Nuts and Bolts of Helping with Bathroom Issues

Addressing this issue can be uncomfortable for some people.  It can be particularly so if the person requiring assistance is a parent of a child of the opposite gender.  If you feel that way, Dear Reader, that’s o.k.  You are not the first, nor will you be the last to think: “Oy.  No Way!

It’s only body function.  It is only a body, even though, as was our case, it may be a parent of the other gender.  I kept this in mind in my approach to helping my Mother.  The information which follows will be useful even if you are the same gender as the other person. You might be a daughter providing assistance to your Father.  There are several scenarios possible, with spouses, partners, siblings or whatever your situation might be.

Other than parents raising young children, how many of us have experience helping someone else use the toilet?  I had some experience from my years working in Special Education, and that came in handy, particularly in my attitude about the duty.

My Mother had a month-long stay in a stroke recovery hospital.  Other than having installed a raised toilet seat and grab bars across from the commode at our home, I had given no thought as to what it would be like to help Mom in the bathroom.  The raised toilet seat helped Mom’s arthritic knees, as she did not have to sit down on a low toilet seat.  It also proved to help my back while tending to her needs, as I am a tall man.

Raised toilet seats come in two basic designs – with raised handles on the side and without them.  The raised handles allow the person to use their arms to help them stand up when done.  I chose a raised seat without the handles, due to the configuration of our bathroom.  The handles would have gotten in my way.

The raised seat goes under the normal seat.  Unfasten the two long bolts at the back of the seat.  Place the raised seat on the bowl, put the regular seat on top of it and reattach the bolts.  This is really easy to do, and it adds about 4” to the height of the commode’s seat.  Here is a photo of the setup we had.

There is a lot of bending down, often at awkward angles, while wiping someone’s bum from behind.  Prior to taking Mom home from the hospital, the only instruction I received was from a nurse who told me to be sure to wipe from behind, from front to back.

What?  As a man, I had never considered the issue of how women wipe themselves after having a bowel movement.  It’s just not something that had come up in conversation with the guys at the gym, or in bands I had played in.  So here it is, guys, and no skipping out to read something on a sports web site!  Relax, it’s just body function.  And in my case, it was my Mother, one of the parents whom I/we have been commanded to honor.  Honor comes in many forms.

I put on gloves, of course, and had Mom lean forward so I could wipe her from behind.  Because of a woman’s design, we wipe from the vagina towards the rectum.  This keeps fecal matter from getting into the vaginal opening.  It is particularly important in older women to keep their private area clean, so as to avoid Urinary Tract Infection (UTI) problems.

Use Wipes in Addition to Toilet Paper

The rest is common sense, folks, using wipes to clean everything up after using toilet paper.  Do not flush the wipes down the toilet, as it will clog up the plumbing in your home.  The wipes went into a plastic bag-lined trash can, along with the gloves and the wet absorbent underwear.  The absorbent underwear almost always needed changing.  Wet sleepwear and sheets went to our laundry room.  I did a load of laundry almost every day.

Not all elders become either incontinent or unaware of their need to go to the bathroom.  In our case, due to dementia, Mom was rarely aware that nature was calling.  That phone was usually not ringing through.  At night, there was no control or awareness at all.  There is no shame in this, nor any embarrassment.  The brain often develops certain blank spots as we age, and particularly when someone has dementia or Alzheimer’s.

A note on absorbent underwear:  Mom was incontinent and woke up wet every morning.  I used three 2’x3’ absorbent pads under the sheets, overlapping and covering a large area.  They are absorbent material on one side, and plastic on the other side.  It is obvious, but I will tell you anyway – the plastic side goes on bottom, facing the mattress.  That kept the mattress dry.  Sheets were wet every day.

Someone had suggested that I put two of the underwear on her at night, to keep the sheets from getting wet.  That did not work well, but it was all that I knew to do.  When I moved my Mother into a group home for what turned out to be the last few months of her life, I learned that they use an absorbent menstrual pad at night, under the absorbent underwear.  To this day, I find it odd that such information was not readily available from doctors or the hospital.

Cleaning Up Accidents at Night

Lastly, there are times when things got really messy, when Mom had a bowel movement in her underwear, and I needed to use paper towels to begin cleaning things up.  I moistened the towels first, so as to not cause irritation to Mom’s skin.  Older people have delicate skin.  Do not flush the paper towels down the toilet.  They will clog your home’s plumbing.  After the basic cleanup, it was necessary to get Mom into a shower.

If her outerwear had poo on it in any quantity, I learned that it is best to clean it off in the toilet, rubbing the fabric to get rid of the poop as best I could while the water was flushing.  The other option was to rinse the garments in a laundry tub in our laundry room before putting them in the clothes washing machine.  By using the toilet for most of the cleanup, I kept that laundry tub cleaner, and kept large amounts of fecal matter out of the tub’s drain.  Toilets are made for poo.  Laundry tubs are not.

A last note on helping my Mother in the bathroom.  I did not ever make a big deal about what we were doing.  We had a few simple songs we would quietly sing.  Mom usually could not remember all the words, so I started a verse and then paused, allowing her to finish singing the line.  That kept things relaxed and light.

I also did not ever make an issue out of her not having any clothes on at certain times.  When things had gotten really messy and Mom needed a shower, all of her clothes had to come off.  It helped that dementia perhaps lessened Mom’s awareness of these matters, and by not making a big deal out of it kept the activities more comfortable for both of us.  To be frank, Dear Reader, the issue never bothered me.  Mom was in her 80s, had been badly injured by a stroke, and needed me.  What a blessed man I am for having been graced with such an opportunity.

I also always kept cookies and chocolate in the kitchen.  The 11th Commandment at home was “Thou shalt not run out of Mom’s chocolate.”  Once we left the bathroom, a cookie or piece of chocolate helped the experience to end on a positive note in my Mom’s mind.  And I enjoy a cookie now and again as well.

That’s just life, folks.  Remember that caregiving is a sacred duty, and I continue to feel blessed to have been able and willing to be of such service to my Mother. 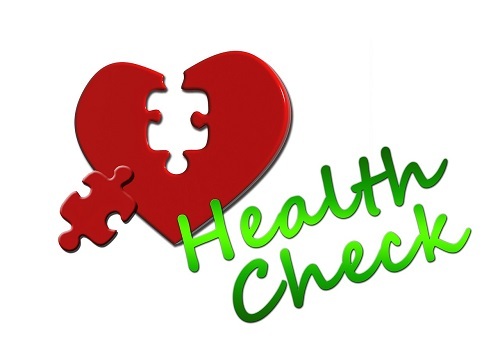 Holiday Flu and You