“I Am Okay” -  Spending Time with Valerie Harper 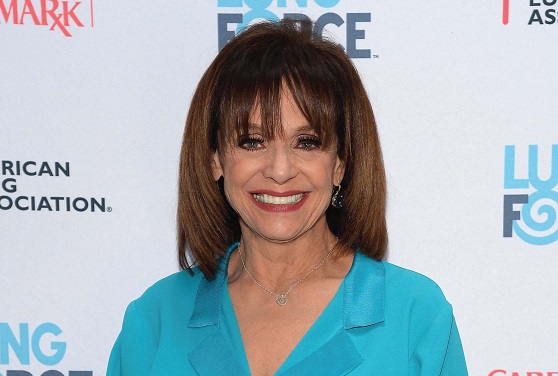 Valerie Harper is more than okay, she is great!  The middle child of Iva McConnell and Howard Harper, she attributes her social awareness to Mom, a nurse, and her tenacity to Dad, an industrial lighting salesman/sales trainer.  Due to Dad’s job, the family travelled and relocated a lot on both sides of the country.

After seeing Moira Shearer in The Red Shoes, Valerie decided she wanted to become a ballerina.  True to this childhood dream, Val began her career as a dancer in New York City.  Her greatest claim, she says (and she noted that our readers would love this too) was being 1 of 36 girls in The Corp de Ballet at Radio City Music Hall.  During the 1960’s, she appeared in many plays on Broadway such as Take Me Along starring Jackie Gleason and Wildcat starring Lucille Ball.

September 19, 1970, The Mary Tyler Moore Show hit the small screen. We were introduced to Mary, a 30 year old single, independent woman.  Harper plays her best friend, Rhoda Morgenstern, exhibiting some insecurities and a little bohemian in comparison to Mary.  A great ensemble cast, they were a close group.  Valerie and Gavin McLeod (Murray Slaughter) remain close today.  They also learned that they both worked at Radio City Music Hall at the same time; she was a dancer and he was an usher and pursuing a girl who also worked there.  What we might not have realized was that this show was 1 of 17 that would change TV, citing a growing freedom for women.  The Mary Tyler Moore Show spun off several other shows.  Rhoda moves to New York City.  We followed her first date, dating life, first fight and the largest viewed TV wedding to Joe Gerard (David Groh).

With her departure from TV sitcoms, Valerie did a number of TV movies and made her return to Broadway and the national tour theatrical stage.  She appeared in the The Allergist Wife, All Under Heaven, a story about Pearl S. Buck she co-wrote and most recently, Looped about the life of Tallulah Bankhead.

She has published two books, I, Rhoda a memoir and Today I Am a Ma’am & Other Musings, sending self help wisdom on appreciating middle age. 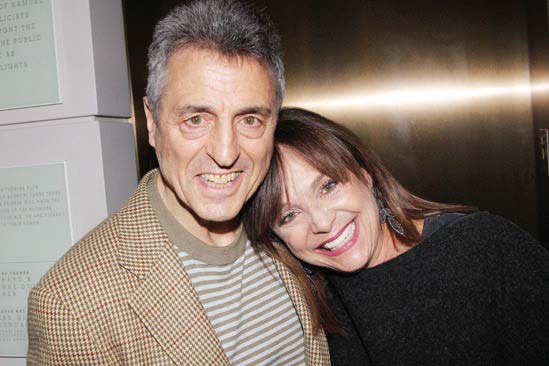 With a little push from her husband, Valerie finally said yes to Dancing With The Stars.  Partnered with Tristan McManus, she talks warmly about the experience.  “It’s very collegial, very much like a sorority, the entire troupe helps with steps.  It’s an extremely long 1-1/2 minute dance, but you learn to focus on one step at a time.”  She cherishes that time and opportunity.

They met on the movie set of Chapter Two; he was her trainer.  They have been together for 35 years.  Together they have produced and filmed many productions.  He is her husband, Tony Cacciotti and he is HER ROCK.  With her lung cancer diagnosis in 2009 and now more than two years since her terminal brain cancer diagnosis, Tony gets her to exercise even when she doesn’t want to.  Believing “you are what you eat” he introduced a more healthy vegetable, less meat diet into their lives.  He keeps her positive and focused.

Harper has always spoken out for social awareness and is a huge proponent of Healthcare for Everybody!  She knows that she is extremely fortunate to have a great health plan and fights for those who do not.  She tells us, the truth is that anyone can get lung cancer; 2/3 of those cases are in those who have never smoked or have successfully quit smoking.  Lung cancer is the #1 cancer killer of women.   Lung cancer has killed more women than breast cancer since 1987.  These findings underscore the lack of awareness and the need for Lung Force.  She speaks for the American Lung Association as part of Lung Force, a nationwide initiative to fight lung cancer in women.

The (5-time) Emmy and Golden Globe winner isn’t slowing down.  Valerie appears throughout the country as part of Unique Lives series where she shares her personal story and fight against cancer.   She showed at The Tribeca Film Festival this year in Merry Xmas with Dick Van Dyke.

Harper is a realist; her philosophy is simple, “We will all die.  Dispute it, and we lie to ourselves and waste minutes.  Be happy, we can stave it off and enjoy that quality and quantity of life we have now.”   And Valerie is doing just that.  She continues to enjoy every day and live her life to the fullest.