How to Stay Happy and Fulfilled in Retirement

As the baby boomer generation enters the “golden years”, more and more people are beginning to prepare for retirement as the next, vibrant chapter in their lives. Retirement can take on many different iterations, with some choosing to discontinue employment all together, while others simply take a step back from work and have a reduction in hours.  In both cases, becoming a retiree means entering into a new phase of life; with new goals, new hopes and dreams, and, of course, new challenges. I was fortunate enough to sit down and interview a wonderful woman who helped to put these experiences into perspective.

At 66 years old, Lawrie Kimbrough is now retired from her career as a head of a private school.  I was introduced to Lawrie by a friend from my gym, Bill Walsh, who is in his mid-seventies and works out harder than most 25 year olds.  Knowing that Senior Directory promotes healthy aging, Bill recommended that if I wanted to meet an upbeat and free-spirited woman who is taking full advantage of her retirement, that I should meet Lawrie.  On a summer afternoon, Lawrie hospitably invited me into her lovely home in Denver, Colorado, and within minutes I saw the positive and youthful exuberance Bill had told me I would experience. “Retirement must be treating her very well,” I thought to myself.

In speaking with Lawrie, I soon discovered there is more to retirement than what appears on the surface.  “I think retirement is a word that has so many different meanings for so many different people,” Lawrie explained. “It’s almost like if you take the word grief.  There are various forms of grief that people go through and everybody experiences it one way or the other, and like grief, the word retirement is a very broad word with different stages.  The reason I say that is because some of us retire and we see it as being sent out to pasture, some of us retire and we see it as a celebratory event, and in addition, there are causal reasons behind why one retires.  It could be health reasons, disability, it could be the fact that they have been cut from work, or they are just burned out and need a change, or it’s just that at their age they’ve taken it as that’s as far as they could go.”

So what can we expect when we retire? Lawrie elaborated on different phases of retirement, which include the honeymoon phase, boredom phase, soul-searching phase, and the pre-retirement fantasy. “The pre-retirement fantasy phase is where one has a beautiful picture of what they want to do when they retire, and you can start doing that as early as 40 or 50 years old.  All of us think to ourselves what it would be like to be finished with work and be able to relax and travel and do whatever our heart desires.”

The problem is that our dreams and fantasies aren’t always aligned with what the future holds, and for many of us this unfortunate truth becomes a reality when we realize our conception of retirement is not all that we had dreamt it would be. Most retirees have put in decades of early mornings and long hours in the workforce. Whether you were a banker, construction worker, lawyer, teacher, doctor, plumber, writer, or any of the myriad professions, you were involved in something that occupied your time. It had its own jargon and terminology, was a part of a subculture, and most likely had some kind of social element to it, as well. Then, suddenly, several years into retirement you may find that much of the excitement of retirement has faded away and now you are unsure what to do with your life.

With the projected increase of Americans entering retirement in the upcoming decades, I was curious to find out what we can learn from those who are currently retired. “Retirement is all a matter of perspective,” Lawrie replied when asked what she would recommend to one getting ready to retire. “I’ll use the illustration of getting sent out to pasture, which is not the greatest perspective to have, but what I mean is it’s really is an inside job and internal perspective. So if retirement is like being sent out to pasture, so to speak, is your pasture confined by a fence, is it barren with no grass, is it filled with flowers and trees and nature, or do you have no fence and you can wander? We are defined by how we perceive our life!”

Perspective is applicable during all phases of life. The difference is that during our years of retirement we have the time to sit down and reflect upon our life. And not just our respective experiences, achievements, and failures, but to even look deep into our own soul and find out exactly who we are inside. Lawrie looks down at one of her favorite quotes written on a piece of paper in her hands and in deep thought reads, “Retirement provides the opportunity for one to get in touch with who you were, before you became over identified with who you have become.” When asked to elaborate, Lawrie explains, “You are not a head of school, you are not a baker, you are not the president of the United States. You are an internal spirit that is filled with creativity and light, and if you start to really get in touch with that you realize that you truly are a unique human being and there is not another person like you.”

In visiting with Lawrie, I met a person who has had found peace, happiness, and self-empowerment during her years of retirement. I think the most profound thing that I took away from our conversation is how often people, at any stage in their life, will allow mundane things such as a job to define who they are as a human being and their place in the world. Rather we should we should strive to follow the ancient Greek proverb inscribed in Delphi, “Know Thyself”, and that a person can use the freedom of retirement to arrive at a place of inner-peace and joy.

Article and Interview directed, produced, and published by Alex Milzer and Peter Gietl with the Senior Directory 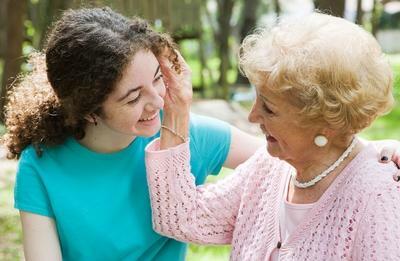 What is the difference between Companion Care and Personal Care? 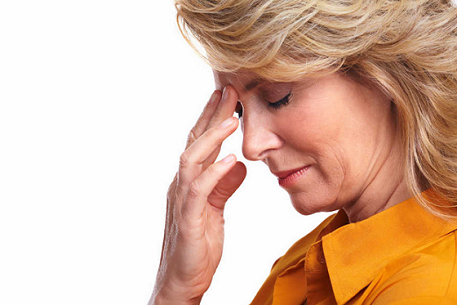