How Much Melatonin Should Senior Citizens Take to Sleep? 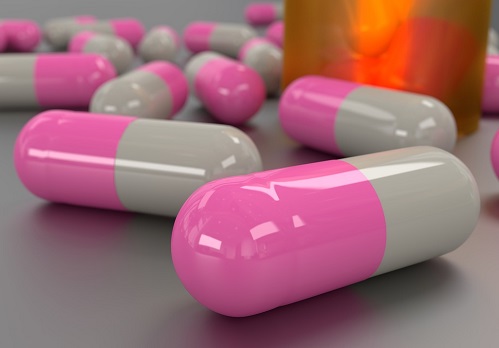 A lot of change happens to our body as we age.  Decreased melatonin production is one of them, which explains why older people quite often have problems with falling and staying asleep.  One of the most commonly recommended solutions is taking supplements containing Melatonin.  But are they safe?  And if so, what dosage is optimal for older people?  Let’s find answers together…

How Do Our Sleep Patterns Change As We Age?

There is a common misconception that people need less sleep with age. The truth is, though, people aged 50 years and older need the same 7-8 hours of sleep.

So, is the sleep of an elderly person different from that of an adult?  Due to a decrease in melatonin production, older people need an average of 30 minutes longer to fall asleep. Besides, they often have a more sensitive sleep, which means a shifted balance between REM and non-REM stages as well as an increased likelihood of sleep fragmentation (i.e. waking up during the night).

Circadian rhythms also shift with age, so the elderly often go to bed earlier than usual and get up earlier too.  Sleep patterns changing with age is a normal physiological process, but sleep quality of older people is often significantly disrupted by sleep-related problems or chronic illnesses such as:

All these conditions can over time result in a chronic lack of sleep.

How Does a Lack of Sleep Affect Senior Citizens?

Quality sleep has the same effect on older people as it does on younger individuals: it helps them rejuvenate, supports the immune system and improves cognitive abilities. On the other hand, the lack of quality sleep can lead to the following problems:

“To compensate for the lack of sleep at night, older people often like to take a nap during the day. However, this may cause their biological clock to become completely out of sync, which will further decrease the quality of night rest.”

Is Melatonin Safe for Senior Citizens?

Since the deterioration of sleep quality with age occurs by itself due to lower melatonin production, melatonin supplements seem to be the simplest way to fill the need for this hormone. But are they safe for the elderly?

A study conducted in 2007 concluded that prolonged-release melatonin supplements showed good results in improving the quality of sleep in patients aged 55 years and older. The results were good for patients with dementia as well as for those whose cognitive functions were not significantly impaired.  Therefore, taking melatonin is not only safe but also effective.

But it’s important to remember that the elderly, along with insomnia, often have age-related and chronic diseases — such as hypertension, diabetes, or cardiovascular diseases — and melatonin can interfere with the effectiveness of the drugs aimed at treating these conditions.  That’s why, before you start taking melatonin supplements, an appointment with a healthcare professional is highly advised.

What Are the Appropriate Doses of Melatonin in Elderly People?

Melatonin does not have a standard dosage that fits all.  But when it comes to older people, the best results showed dosages from 2 to 3 mg taken 30 minutes before bedtime.  These quantities do not cause overdose symptoms or side effects, significantly improve the quality of sleep, and help maintain alertness during the next day, according to Happysleepyhead.com.

Doctors usually recommend starting with the smallest dosage and gradually increasing it. Thus, you can better understand how much melatonin has the most pronounced effect.

“Quick note: A large dose does not necessarily mean falling asleep faster. In many cases, smaller doses will be digested quicker (hence, a quicker effect).”

Solving sleep problems in older people requires a systemic approach. Therefore, in addition to using dietary supplements and treating age-related conditions, it is necessary to establish and maintain proper sleep hygiene. A balanced diet with foods rich in magnesium, potassium, fatty acids, and tryptophan can have a positive effect too.

Sleeping Disorders do not just keep you awake when you should be sleeping, they also

Why Are Sleep Problems So Common Among Seniors?

Around half of all seniors have some sort of sleeping difficulty, which

Tips on Getting More Restful Sleep

Four Natural Ways for Seniors to Get Better Sleep

In the United States, millions of adults struggle with insomnia and other sleep