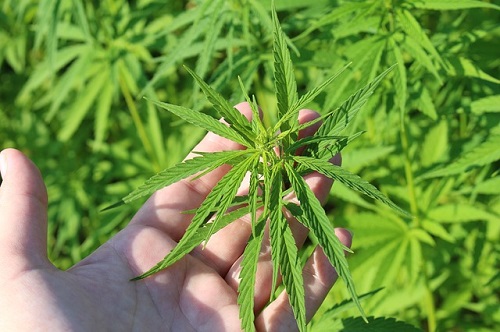 The correlation between sleep and medicine has been researched and studied for well over two thousand years.  Nearly every culture around the world uses some form of medicine to improve sleep.  In ancient China, a yellowish flower called Chrysanthemum was drank in the form of tea to produce a sedating effect; while in the 21st century, Ambien and other traditional pharmaceuticals are used to produce the feeling of drowsiness.

Hemp-derived CBD, a once common plant extract used by Native Americans, is now legal at the federal level in all 50 states. This is good news for people suffering from sleep deficiencies and disorders, as we will outline in the following article.

First off, what is CBD?

When most people think of Cannabidoil (CBD) they tend to make several false assumptions.  First, is that CBD gets you high or stoned.  While it is true that CBD is found in the cannabis plant, it is actually one of the other 120 compounds found in cannabis, Tetrahydrocannabinol (THC) that produces the feeling of being high.  CBD reacts much differently on the body’s receptors than THC, which means you will not feel sedated or intoxicated, whatsoever.

How does CBD Interact with The Human Body?

So How Does CBD Help Improve Sleep?

CBD is not going to produce the same effect of drowsiness as traditional sleeping pills, such as Ambien and Dalmane.  So, for those of you thinking CBD is going to knock you out cold for a straight 8 hours of sleep, think again!  In fact, CBD is completely safe to drive on, which means it is definitely not a sleeping pill.

The real benefit of CBD on sleep how it affects anxiety.  A Cross-Sectional Study on Cannabidiol Users found that 62% of CBD users reported using it to treat medical conditions such as pain, anxiety and depression.  Another study, published by National Center for Biotechnology Information, shows that CBD lowered anxiety-like behavior in rats.

According to Anxiety and Depression Association of America, anxiety disorders affect approximately 40 million adults in the United States.  Sleep disorders are comorbid to depression, pain, and, most commonly, anxiety.  For those suffering from poor sleep due to anxiety, it is advisable to take CBD to lower your anxiety level (especially when taken at night).  CBD requires between 4-6 weeks to take full effect in body, so consistency is key in testing to see if CBD lowers your own anxiety.

CBD is Low Risk and Affordable

Because CBD is an over-the-counter and legal medicine, there are a couple of low health risks associated with its usage such as diarrhea and/or vomiting.  The Federal Drug Administration views CBD as being just as safe as cough syrup, Advil, or any of the other thousands of over-the-counter medicines legal in the United States.  So, in comparison to dangerous side effects of most traditional pharmaceuticals, CBD is much safer; which is why you should try it if you are anxious and cannot sleep.

Be sure to ask consult with your doctor before trying CBD.  Also, if you experience any negative side effects then stop immediately and contact your doctor.

As an increasing number of states legalize marijuana in one form or another, it is

The secret is out, people of all ages are now discovering CBD (Cannabidiol) for its

Is CBD Safer Than Prescription Drugs for Seniors?

In this article, we take a look at Cannabidiol (CBD), and some of the research

The Dangers of Calcium Deficiency in Senior Citizens

As we get older, calcium is one of the most vital nutrients for healthy bones and preventing...

Battling temporary inflammation is very difficult for many seniors. Did you know that CBD...