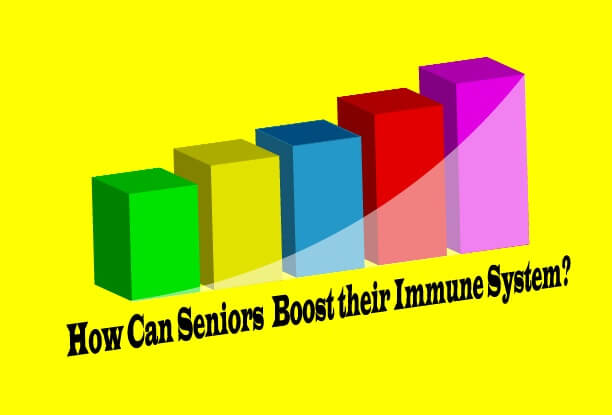 The human body’s immune system is a sophisticated defense mechanism designed to protect against infection and disease. The effects of aging cause the body to produce fewer white blood cells and T-cells, and thus seniors do not have as robust of immune systems as younger age groups.  That’s why you are going to want to do everything possible to keep your immune system high during this time.  Below are 5 important tips for seniors to boost their immune system.

Even before the advent of modern medicine, Vitamin D was used as a natural remedy to fight off infection and disease.  Several examples include 19th century tuberculosis patients who were placed in the sunlight for extended periods of time, or Bangladeshi children with rickets who were fed cod oil.

In choosing from the wealth of studies supporting Vitamin D’s role in boosting the immune system, one study of importance was undertaken between 1988 and 1994, with approximately 19,000 subjects.  As referenced in the US National Library of Medicine, “Individuals with lower Vitamin D levels (<30 ng/ml) were more likely to self-report a recent upper respiratory tract infection than those with sufficient levels, even after adjusting for variables including season, age, gender, body mass and race.”

So how much Vitamin D does the average person need daily?  According WebMD, adequate intake is 800 IU/day, with maximum safe upper level at 4,000 IU/day.  But all of us are different, so it’s best to ask your doctor for a blood test to reveal how much Vitamin D you should be receiving daily.

You might be wondering, what are the best ways to increase your Vitamin D intake?  Good ol’ fashion sunlight creates Vitamin D from cholesterol in your skin cells, so be sure to go outside several times a day, for at least 20 minutes at a time.  There is also a plethora of healthy foods naturally packed with Vitamin D including salmon, cod fish oil, sardines, egg yolks, and mushrooms.  Some foods naturally lack Vitamin D but are fortified during production with this important nutrient, including cow’s milk, soy milk, orange juice, oatmeal, and certain cereals. Lastly, multivitamins containing Vitamin D are a great alternative for seniors who live in climates with less sunlight, or bedridden patients.

There is a theory that strenuous physical activity actually lowers the immune system’s ability to fight infection and disease. Strenuous activities include exercises like high-intensity interval training (HIIT) and marathon running.  There are conflicting studies both supporting and refuting this claim, so on the safe side we recommend sticking to a mixture of moderate to slightly vigorous cardiovascular activity, just to be safe.  This mixture of aerobic activity improves metabolic health, produces anti-inflammatory cellular effects, and increases white blood cells and depletes pathogens.  Combined, these factors help to boost the immune system in the human body.

So, what exactly do healthy doses of moderate and vigorous aerobics look like?  Moderate aerobics would consist of 30 minutes a day of walking, at least 5 days per week.  Preferably in the sunshine to get more Vitamin D, as detailed above.  If you are unable to walk due to mobility limitations, then try chair exercises. You can find plenty on YouTube.  Vigorous aerobics is a level up, consisting of exercises such as jogging, swimming, biking, jump roping, etc.  It is recommended that active seniors get two vigorous sessions of 30 minutes each per week, so one-hour total.

Get Adequate Rest and Sleep

One debunked myth is that lack of sleep will cause you to get sick.  This is not exactly true.  How sleep interacts with your immune system is very complex.  In a nutshell, lack of sleep lowers your immune system, thereby making it more likely for viruses and infections to not only enter your body, but also lowering recovery time.  For you science nuts out there, the more technical answer lies in specific proteins found in your body called cytokines that need to increase in order to fight off infection.  Sleep deprivation causes a reduction in cytokines.

So how much sleep should the average senior be getting? According to Live Science, seniors need approximately 7.5 hours of sleep per night, whereas younger people need closer to 9 hours.  A 2016 study by Centers for Disease Control and Prevention found that more than a third of American adults are not getting enough sleep on a regular basis.

So why is it that so many older adults suffer from insufficient sleep? One hypothesis suggests that age related issues are at the crux of the problem, such as arthritis, chronic pain, sleep apnea, restless leg syndrome, and psychological induced insomnia from anxiety and/or depression.  Another theory points towards increased prescription drugs use among seniors, which can interfere with the circadian rhythm.

Regardless of the reason, there are numerous things seniors can do while awake to increase the likelihood of a full night’s sleep.  Several tips include refraining from caffeine and alcohol use during the evening, removing all electronics from the bedroom including TVs and cell phones, getting enough exercise throughout the day, quitting smoking, avoiding long naps during the day, and taking a melatonin supplement (as recommended by your doctor, of course).

Our immune system is supported naturally by the foods we eat, especially those rich in vitamins, anti-inflammatories, and antioxidants.  A general rule when trying to boost your immune system is to stick to a diet packed with fruits, raw or lightly cooked vegetables, and lean proteins.  Let’s tackle each of these individually.

Fruits of all kind provide health benefits to the human body; however, please keep in mind that fruits tend to be higher in sugar than most other food groups, so don’t go overboard.  A healthy dietary amount is approximately 2-4 pieces per day.  To boost your immune system, there are specific fruits that are more beneficial than others due to their nutritional qualities.  Citrus fruits, for example, such as oranges, lemons, limes, and tangerines tend to be high in Vitamin C.  Grapefruit is another citrus Vitamin C booster; however, make sure to ask your doctor before eating grapefruit because it not recommended while taking some medications.  We also suggest papaya, which is rich in potassium and Vitamin B.  Blueberries are one of nature’s most potent antioxidants that also contains flavonoids; which, according to a 2016 study, help prevent Upper Respiratory Tract Infections.

Momma always said to eat your vegetables!  The problem is that most people cook the nutrients right out of them.  That’s why it is recommended to eat either raw or lightly cooked vegetables.  Raw red peppers make for a tasty snack and are packed with Vitamin C.  Steamed broccoli, rich in both Vitamin A, C and E, as well as antioxidants, makes for a great side dish to your main course at supper.  Instead of using iceberg lettuce for your salads, try spinach, which is abundant in Vitamin C and E, antioxidants, and beta carotene.  Lastly, try using ginger and garlic as seasonings, as both have been proven to fight against colds and flus.

According to WebMD, protein is vital to build and repair body tissue, and fight viral and bacterial infections. Antibodies and several other immune system powerhouses rely on protein.  Zinc is an important mineral that helps fight infections by boosting white blood cell counts.  Zinc can be found in red meat, dairy, egg, nuts, and legumes. It seems anytime you are sick someone tries to bring chicken soup.  Besides being delicious, what is it about chicken soup that helps us heal?  First and foremost, if you are going to get the proper immunity boost then you need to make sure you cook chicken soup, or, for that matter, any meat soup, with the bones.  Bone marrow is rich in nutrients such as zinc, magnesium, Vitamin A and K, and iron.  Also, there is some evidence to suggest that amino acids found in marrow help aid sleep, which, as stated above, is also important for a healthy immune system.

Here is a full article on the best foods for immune function.

Here is an article on great recipes to support the immune system.

The link between mental health and the immune system is perhaps the most fascinating of all the topics we will covered.  The notion that we have a degree of control over our immune system by simply limiting our stress levels displays the power the human brain has over the body, is startling to most people. 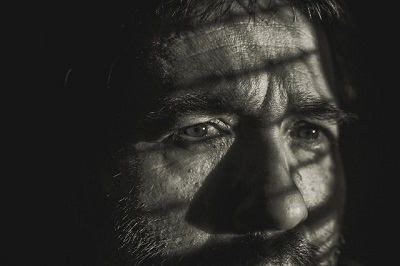 So how does stress impact our immune system? In a nutshell, stress reduces the body’s ability to produce T-cells and gamma interferon, thus making us more susceptible to viruses and infections.  An interesting study related to senior citizens, as journaled by the American Psychology Association, was undertaken in 2002 by Johns Hopkins University.  All participants were in their 70s and caring for an individual with Alzheimer’s Disease.  The study revealed that caregivers suffering from even mild depression showed decline in immune function, even up to 18 months after caregiving was completed.  It appeared the key factor impairing immune function was the duration, not the severity, of the depression. And in the case of the older caregivers, their depression and age created a double-whammy against the immune system.

This begs the obvious question, what are several strategies for proper stress management? Everybody’s psychological makeup is different, and therefore there is no one-size-fits-all answer, however the following strategies generally help most people:

Exercise releases natural endorphins in the brain, which create feelings of happiness, positivity, and even elation.  Furthermore, as stated above, exercise in itself is an immune booster, so it’s a two-for-one.

Limit interpersonal relationships that cause tension, stress, and negative feelings.  This is easier said than done, which is why we suggest limiting these relationships rather than cutting ties altogether.  To accomplish this. we recommend building well defined boundaries, managing expectations, learning to say “no”, and, of course, reducing conflict intensity whenever you can.

Deep breathing, mindfulness, and meditation are ancient forms of stress reduction.  Practicing the art of detaching oneself to your surroundings and the external world can be very freeing and an excellent form of mental health management.  There are thousands of meditation exercises found online. 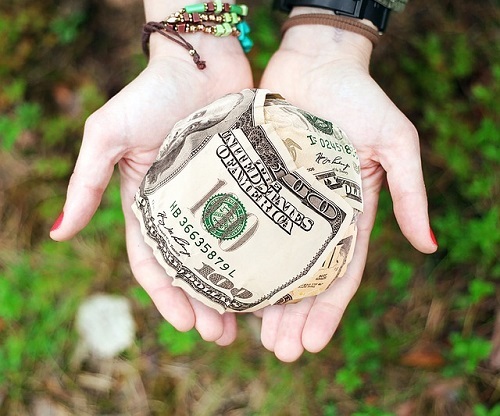 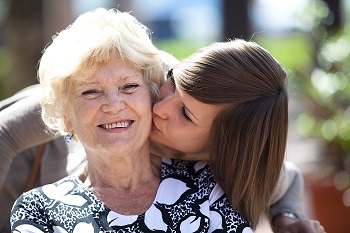 Tips for Making the Holidays Special for Alzheimer’s Family Members